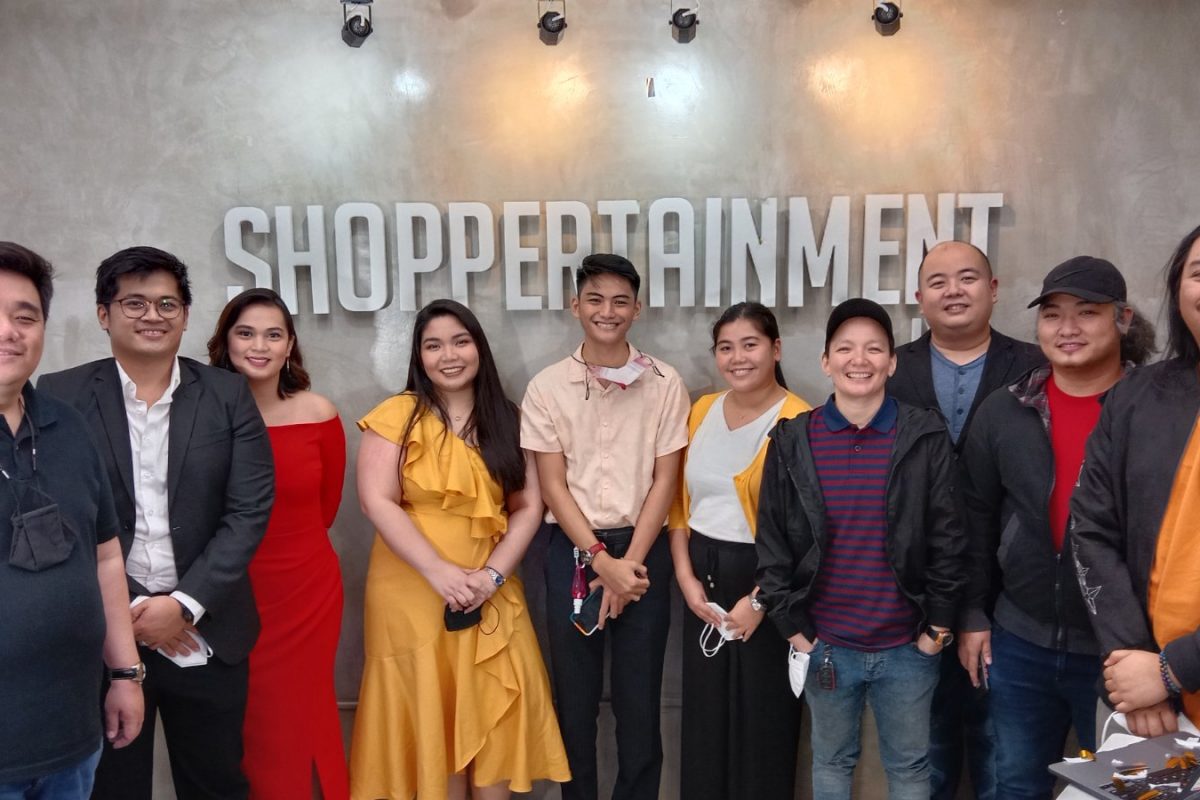 As a tech-enabled livestream shopping network for e-commerce and social media, Shoppertainment Live enables big advertising agencies, multinational companies such as Unilever, Del Monte, etc., and e-commerce giants namely Lazada and Shopee to properly sell their products in an online broadcast setup. These are produced at their studios inside their Quezon City headquarters, where they have in-house presenters from their talent pool.

Former shop host and Shoppertainment Live CEO Hiyasmin Neri-Soyao explained that through their data and experience, they were able to identify which categories are going to be on the rise and in demand, hence the creation of multiple livestyle studios namely— Style studios for fashion and beauty, Kitchen studios for cooking and home appliances, Lifestyle studios for talkshows and homecare, Technology studios for mobile and gadgets, Music studios and Recreation studios for entertainment.

“With more studios, we expect more action for the market. The team’s confidence stems from handling the smallest local businesses to the biggest global brands as part of our roster of clients. Shoppertainment Live’s strength is making products sellable, handling diverse products such as cosmetics, clothing, electronics, and everything in between,” Neri-Soyao said.

“Not all presenters can produce the same numbers for every lifestyle. That is why Shoppertainment Live brought together a diverse group of presenters whom we trained to do ‘influensales™’ as opposed to simply producing buzz and engagement for the brand. This follows the company’s philosophy wherein we believe that content is king but they like it better when the cash register rings,” stated Neri-Soyao.

The Next Normal in Live Commerce

According to Neri-Soyao, the live commerce market has been rapidly growing and thriving. And with Filipinos’ eyes stuck to their screens due to the current “new normal” situation brought about by the COVID-19 pandemic, Shoppertainment Live has seen 200% growth from its numbers last year in terms of the demand for livestreams from brands.

“It has been more than a year that people have been watching live streams, thus, it will be part of the new normal and e-commerce marketing mix. We are proud to claim that we lead in empowering brands and companies to shift from their traditional ‘promodizing’ method usually done inside malls to doing it via live streaming. We see this as an ongoing trend, even if things get back to normal. And while everybody is talking about what the ‘new normal’ should look like, Shoppertainment Live is already living out the “next normal,” shared Neri-Soyao.

Undertaking the “next normal”, Shoppertainment Live is coming in equipped for this industry with members from the e-commerce, broadcasting, events, activations, and advertising industries coming together to oversee its growth. Neri-Soyao was a host alumna of a popular home TV shopping show and has served as a brand executive with the country’s biggest network. With her are Lawrence Lee, the Chief Broadcast Officer who gained significant experience in all three major broadcasting networks as director and producer; and Patt Soyao, the company’s Chief Strategic Officer who also serves as CEO and co-founder of ICON Executive Asia and a former managing director and co-founder of a below-the-line advertising firm. Through their efforts, Shoppertainment Live has expanded their clients’ audiences digital ecommerce reach with an average of 10,000 average organic views per hour, amplified by 70% digital engagement, and 100 average store followers, with 2-10% viewership to sales conversion.

Shoppertainment Live started a year before the country was hit by the pandemic, seeing the opportunity that live commerce brought when it was just growing in China. For the last two years, the company has been aiding local and multinational brands into this branch of digital transformation, serving over 200 clients. They started out with an average of 20 livestreams per month, but are now producing 100 at the moment, with the number steadily increasing this 2021.

Shoppertainment Live is poised to make the live commerce ecosystem flourish in the country. With its board of directors backing the company’s growth using their expertise in e-commerce solutions, influencer marketing, and visual merchandising among others, the company is projected to spread its roots nationally, projecting regional offices to be installed in three years’ time. This opens up for regional speakers to sell in their own language, making marketing more hardworking for brands to get their products closer to home, closer to life by going live.

The livestream shopping network is also working on its Southeast Asia (SEA) and Global expansion plans, citing the potential of Filipino livestream presenters because of their strong communication skills and infectious enthusiasm.

To push through with these plans, Neri-Soyao has been hard at work with her growth as a CEO, being chosen after 6 weeks of intensive learning sessions and out of 400 business owners from Singapore, Indonesia, and Philippines, to be a delegate and take an executive course in the birthplace of livestream shopping— the Alibaba Headquarters in China. This sets the precedent for Philippine live commerce to go global, with Shoppertainment Live at the helm.