Yesterday, May 7, 2013, the Viber 3.0 was released for iOS. This upgrade has a lot of cool new features including:

– Support for all new Viber Desktop – on Windows and Mac OS
– Transfer live calls between Viber on your iPhone and Viber on your Desktop.

Check out the complete list of changes in the latest update in the picture below. 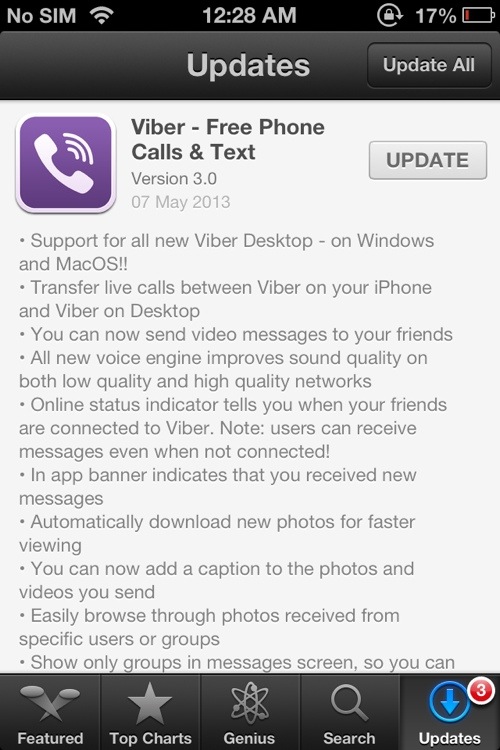 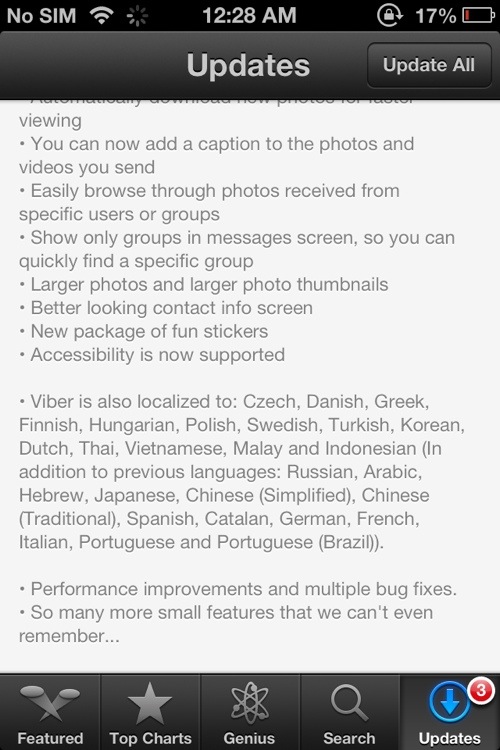 This can be considered a major upgrade in Viber. They also offer video calls for Viber on Desktop. They are becoming more like Skype only better because it’s totally free! I hope they can include a much better Viber group chat, something similar to Facebook’s group chat. It’s easier to text blast my blogger friends that way. Still, I want to say congratulate Viber for this upgrade. Kudos Viber!

Get Viber for Desktop now! Download it here: http://viber.com/