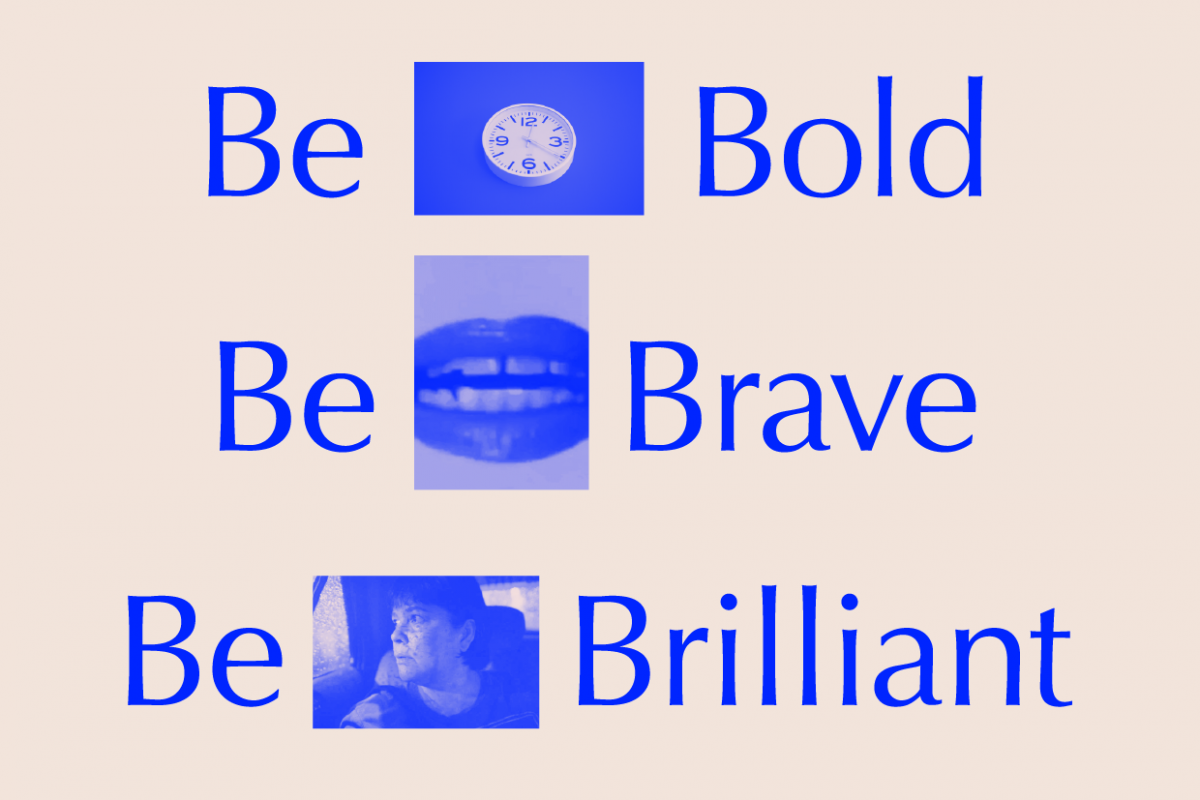 A jam-packed second edition of Power Mac Center Pixelworx: Cinemansanas awaits film artists all over the country as the premier Apple reseller goes all-out this year. Among the highlights are Masterclass sessions with award-winning director Brillante Mendoza, a digital short film competition, post production workshops, film scholarship grants, and in-store games, which all culminate in a Grand Movie Premiere at the SM Mall of Asia Cinema.

Power Mac Center tapped Cannes Film Festival Best Director Brillante Mendoza to hold Masterclass sessions and share techniques on how to make movie concepts come to life. The sessions will be exclusive to 23 aspiring filmmakers selected for the extensive three-day acting, directing, and cinematography workshop. Application is coursed through Power Mac Center and runs until July 30, 2017. 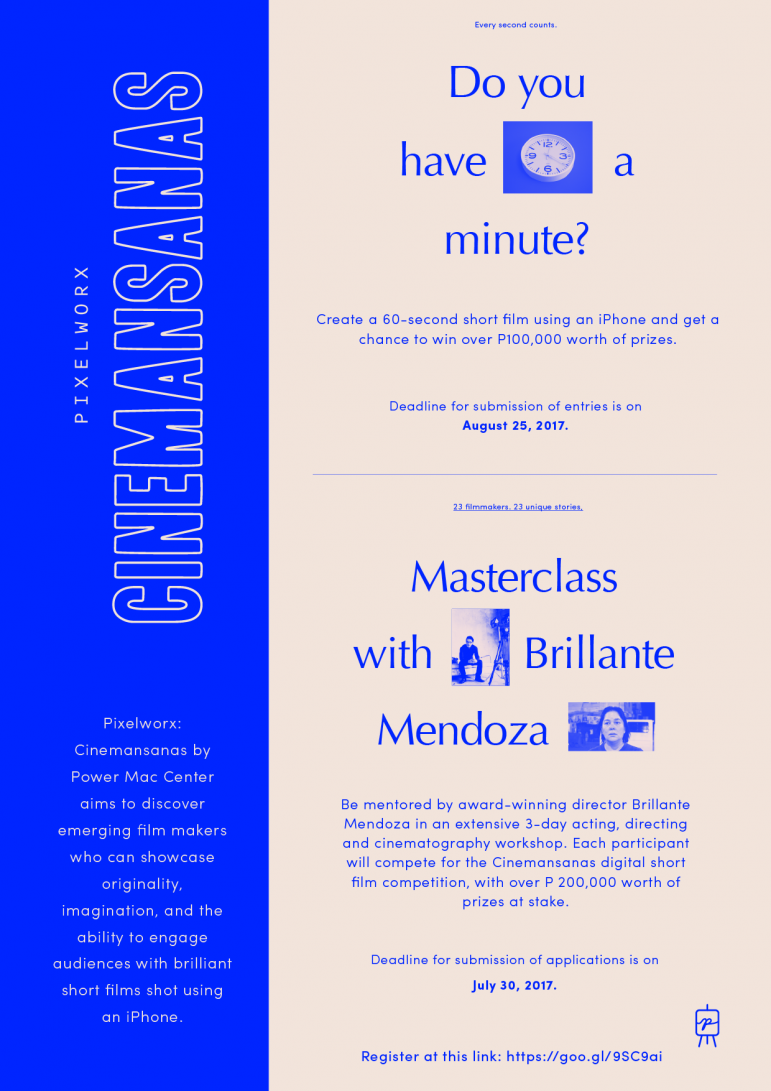 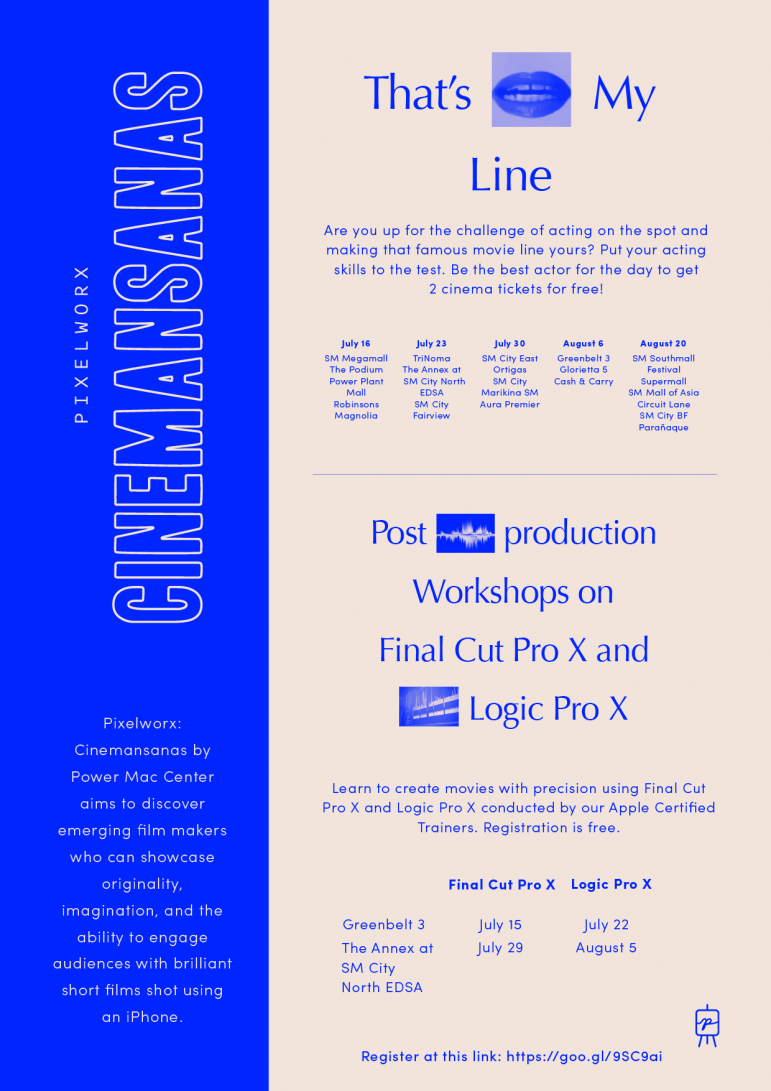 In the bid to continue challenging artists to break convention, there will be another digital short film competition for videos shot and edited using Apple devices. Film submissions must be made specifically for the Pixelworx: Cinemansanas “Do you have a Minute Film Competition.” Entries may be about any subject but must run for no longer than 60 seconds. Deadline of submission is on August 25, 2017.

Awaiting the winners are a MacBook Pro with Retina Display, iPad Pro, and gift certificates worth P100,000. To join the workshops and competition, visit https://goo.gl/9SC9ai.

Apart from the workshops, Power Mac Center has granted 15 aspiring filmmakers scholarship to Rebelde Film Camp. It is a five-day jamboree of film artists in a secluded place to learn the craft of filmmaking from icons of Philippine cinema such as Kidlat Tahimik, Ricky Lee, and Lee Briones-Meily. Power Mac Center carefully selected the scholars who came from all over Luzon, Visayas, and Mindanao.

“For Pixelworx: Cinemansanas, our goal is to discover emerging filmmakers who can showcase originality, imagination, and the ability to engage audiences with masterpieces shared via social media ─ a space where stories never stand still and always move forward. We are challenging them to be brave, bold, and brilliant in sharing their voice,” said Power Mac Center Marketing Director Joey Alvarez.

Non-filmmakers can still join the Cinemansanas fun by participating in the in-store activities. If you have what it takes to act on–the–spot and make a famous movie line your own, visit Power Mac Center and put your skills to the test. Best Actor for the day gets two movie tickets for free!

Pixelworx is Power Mac Center’s advocacy of celebrating ideas, technology, and art. It features artists who strive to start something new and recognizes those who break the standards of the art scene.